Folklore of heroism and romance resound from the formidable monuments that majestically stand to tell the tale of a bygone era. The magic of vibrant Rajasthan - its rich heritage, colourful culture, exciting desert safaris, shining sand-dunes, amazing variety lush forests and varied wildlife - makes it a destination nonpareil. Rajasthan is often portrayed as one vast open-air museum, with its relics so well preserved that it delights even the most skeptical traveler.
It is an incredible destination for the outdoor-tourist – take a safari on horses, camels, elephants or even in jeeps, with the Aravalis - India's oldest mountain range as the backdrop. Feast your eyes on spectacular sand-dunes, take the tiger trail, or just watch the birds in the wetlands. You can also choose to pamper yourself in the lavish heritage properties. Rajasthan has something for everyone –  one just has to choose an activity appropriate to one's temperament.
Airports in Rajasthan 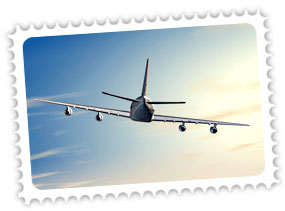 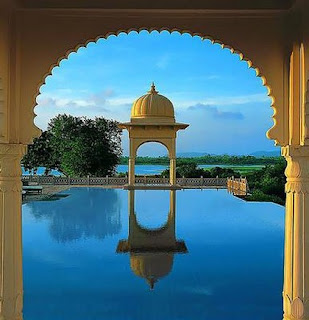 The mixture and brilliance of Rajasthan's architectural heritage can amaze a visitor. Majestic forts, intricately carved temples and havelis (meaning mansion) and even step wells make Rajasthan a paradise for an architecture buff. The desert State of Rajasthan is a land of irony and extremes. This vibrant and striking region is the home of the Rajput warrior clans who had ruled here for many years. Rajasthan is also home to some of India's most romantic cities. The Rajputs were prolific builders and have dotted the arid Aravali landscape with their legacy of some most imposing and magnificent forts and palaces in the world. Today the structures defy time to tell the story of gallantry, courage and tragedy of the bygone era and its story of survival in the harsh Thar Desert. Some of the prominent structures that represent the architectural heritage of Rajasthan are Jantar Mantar, Dilwara Temples, Chittaurgarh Fort, Lake Palace Hotel, City Palace and Jaisalmer havelis.
The People

Rajasthan has large indigenous populace–The Meo and Minas (Minawati) in Alwar, Jaipur, Bharatpur, and Dholpur areas. The Banjara are travelling tradesmen and artisans. The Gadia Lohar is the ironsmith (lohar) who travels in bullock carts (Gadia); they generally make and repair agricultural and household implements. The Bhils are one of the oldest peoples in India, and inhabit the districts of Bhilwara, Chittaurgarh, Dungarpur, Banswara, Udaipur, and Sirohi and are famous for their skill in archery. The Grasia and nomadic Kathodi live in the Mewar region. Sahariyas are found in the Kota district, and the Rabaris of the Marwar region are cattle breeders.
The Oswals hail from Osiyan near Jodhpur are successful traders and are predominately Jains. While the Mahajan (the trading class) is subdivided into a large number of groups, some of these groups are Jain, while others are Hindu. In the north and west, the Jat and Gujar are among the largest agricultural communities. The Gujars who are Hindus dwell in eastern Rajasthan. The nomadic Rabari or Raika are divided in two groups the Marus who breed camels and Chalkias who breed sheep and goats.
The Muslims form less than 10% of the population and most of them are Sunnis. There is also a small but affluent community Shiaite Muslims known as Bhoras in southeastern Rajasthan.
Religion
Hinduism, the religion of most of the population, is generally practiced through the worship of Brahma, Shiva, Shakti, Vishnu, and other gods and goddesses. Nathdwara is an important religious centre for the Vallabhacharya sect of Krishna followers. There are also followers of the Arya Samaj, a reforming sect of modern Hinduism, as well as other forms of that religion.
Music & Dance
RHYTHM  AND RESONANCE 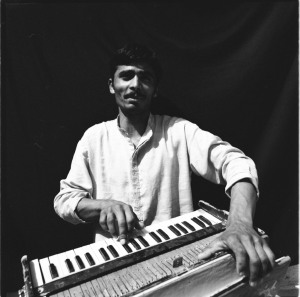 Rajasthan is culturally rich and has extensive tradition in art and culture, which reflects the Indian way of life. The dance, music and art forms have been consciously cultivated and patronized by the erstwhile royal courts. An equally rich and varied folk culture from villages is both fascinating and mesmerizing. The music is of uncomplicated innocence and songs depict day-to-day relationships and chores, more often about the bringing of water. Rajasthan's cultural tapestry takes in simple folk to highly cultivated classical music and dance, in its own distinct style.
Dance 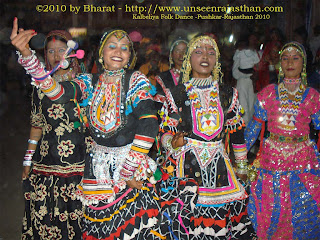 The Thar Desert of Rajasthan comes alive when its dancers take the centre stage. Rajasthan has a great variety of dances, which are simple expressions of celebration and festivity. The dancers, the dances and costumes have made Thar the most colourful desert in the world; with each region adding its own form of dance styles and performers. There are dances that follow age-old traditions, adhere to religious significance, and display their daring as well as complimenting various fairs and festivals.
ROYAL RAJASTHAN ON WHEELS 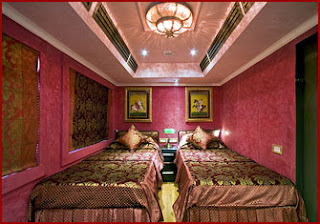 Rajasthan is the magnificent land of numerous kingdoms, majestic forts and palaces, diverse cultures, varied landscapes and vibrant colours. Experience the land of regal splendour with Royal Rajasthan on Wheels, the contemporary royal living. The Royal Rajasthan on Wheels is the regal delight where every moment is woven together into an everlasting and immemorial experience to be lived and cherished forever. The makers of the Palace on Wheels have rekindled the charm of luxury with utmost consideration of your comfort and modern amenities at the Royal Rajasthan on Wheels. This tour is extensively planned to take you through the whispering sands of desert, the intriguing sagas of forts and palaces, and the adventurous escapades to the wilds; while you witness the luxuries on the train in a truly royal fashion. This train is newly built and designed in a contemporary royal style. You will be delighted with the magnificent interiors, sumptuous meals, expensive wines, and personalised service by the Khidmatgars, the likes of which you would rarely experience.
Regards,

We request you to provide maximum information related to your travel plan in the "Requirements" field This will help us to process your information quickly and accurately.